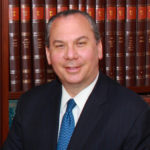 For the past 30 years, Rabbi Marc Schneier has been a leader in helping to improve the relationship of key ethnic groups and faith communities and is responsible for founding and leading one of the most dynamic synagogues in the United States.

In 1989, Rabbi Schneier founded the Foundation for Ethnic Understanding originally to rebuild the historic Black-Jewish alliance in the United States and for nearly the past 15 years, to build Muslim-Jewish relations globally.

Rabbi Schneier has always been a builder and a pioneer. In 1990, he founded The Hampton Synagogue and created a Jewish community in the Hamptons. Prior to starting the synagogue, the Hamptons was devoid of opportunities for Jewish life. Nearly 30 years since founding the synagogue, it boasts one of the largest philanthropic memberships in the country, hosts international and national politicians and celebrities and has become one of the foremost synagogues in the United States.

As a visionary, Rabbi Schneier trailblazed the field of Muslim-Jewish relations globally. Through his work in Saudi Arabia, Qatar, United Arab Emirates, Oman, Bahrain, Azerbaijan, Indonesia, Israel, Kazakhstan, Morocco, Palestine, Singapore, throughout Europe, South America and the Southern Hemisphere, Rabbi Schneier has pioneered dynamic programming and discussion among Jews and Muslims to remind them that they have more that unites them than what divides them.

He was appointed to the Steering Committee of the Kingdom of Saudi Arabia’s World Conference on Dialogue convened by King Abdullah. Schneier has also been appointed to the Executive Steering Committee of the Multi-Religious Campaign Against Anti-Muslim Bigotry in the United States. He has been received by countless heads of state and addressed a handful parliaments. He is the first rabbi to be hosted by the King of Bahrain at the royal palace in Manama and by the Emir of Qatar at the royal palace in Doha among others. He is a member of the advisory forum of the KAICIID (King Abdullah Bin Abdulaziz International Centre for Interreligious and Intercultural Dialogue). He was appointed Special Advisor by the King of Bahrain to the King Hamad Global Centre for Peaceful Coexistence based in Manama. He is also a trustee of the Baku Center for Interfaith Cooperation (BCIC).

Rabbi Schneier was the first rabbi to lead a Jewish congregational mission to a Gulf country when he brought members of the Hampton Synagogue to Bahrain in 2018. In the last decade, he has keynoted the Doha International Center for Interfaith Dialogue (DICID) and global interreligious conferences in Israel, Azerbaijan, Kazakhstan, Morocco, Germany, Ukraine, Austria, France, United Kingdom, Belgium, Mexico, Argentina, Spain and Italy. In 2019, Rabbi Schneier led the first-ever Evangelical Christian mission to Azerbaijan, a Muslim-majority country. The National (UAE’s leading newspaper) named him as one of the five key religious figures in Abu Dhabi for Pope Francis’ historical visit.

Rabbi Schneier created and spearheaded the annual Weekend of Twinning’s of Mosques and Synagogues across the globe; the annual meetings of the Gathering of European Muslim and Jewish Leaders (GEMJL) in Paris and Brussels; multiple unity missions to the United States by Muslim and Jewish leaders from Europe, South America and the Southern Hemisphere. He founded and led the first North American Summit of Rabbis and Imams held in New York in 2007.

Rabbi Schneier has also published two books. Sons of Abraham: A Candid Conversation about the Issues That Divide and Unite Jews and Muslims, co-written with Imam Shamsi Ali, which illuminates how each of its co-authors overcame the temptations of fundamentalism to embrace a more pluralistic version of faith. The book includes a joint commitment to build a global movement of Muslims and Jews committed to communication, reconciliation and cooperation. The foreword was written by former President Bill Clinton and was sponsored by the King of Morocco, His Majesty Mohammed VI. He is also the author of Shared Dreams: Martin Luther King, Jr. and the Jewish Community, which documents Dr. King’s relationship with the Jewish community. Both books are used as inspirational and educational materials for students from different ethnic and religious groups to utilize in developing everlasting relationships with their peers of other denominations.

Under his leadership, the Foundation for Ethnic Understanding commissioned landmark surveys on interracial relations in the United States, including Black-Jewish relations, Muslim-Jewish relations and Evangelical Christian-Muslim relations.

Rabbi Schneier is the recipient of many awards, including: The Kelly Miller Smith Ecumenical Award from the Southern Christian Leadership Conference; The NAACP Martin Luther King, Jr. “Measure of A Man Award”; The Ellis Island Medal of Honor; The Civil Rights Leadership Award in Honor of Dr. Martin Luther King, Jr.; The New York State Martin Luther King, Jr. Medal; the American Civil Rights Education Services Civil Rights Award; and the Interfaith Award from the Islamic Center of Long Island and the Jewish Agency Award for his leadership in Muslim-Jewish relations and Gulf-Israel relations. In 2009, he was inducted into the Martin Luther King Jr. Board of Preachers at Morehouse College in Atlanta. He has served as President of the New York Board of Rabbis and Chairman of the World Jewish Congress, USA. He has been named one of the 50 Most Prominent Jews in the United States by The Forward and one of America’s Top 50 Rabbis by Newsweek Magazine.

Rabbi Schneier is a native New Yorker and was ordained by Yeshiva University. He currently divides his time between New York City and Westhampton Beach.